A downloadable game for Windows, macOS, and Linux

Have you ever wanted to take your rook and make it ride your bishop? Or to shoot that bloody queen with your pawn? What about nuking the entire board with one missile?

All of this, and more, is possible in Chess Wars - which is what happens when you take chess in one hand, turn-based battles in the other, then smash them together.

With each piece having a healthbar and stats of its own, you'll have to think twice before attempting to take down an opponent - for you might lose your piece if it's too weak!

Collect the items spawning on the board, and use them to nuke your adversary, place mines, convert & combine pieces, consume magic potions, and much more!

Opting for a less deep but more complex version of the cult classic, Chess Wars is a game of chaos and surprises best enjoyed with a friend in local multiplayer, or alone with a simple AI.

This game was a 2nd-year student project at INSA Lyon, France. It was made exclusively in Java using the Swing libraries.

Note: The AI is unable to use items and has limited strategy thinking. It is recommended to play the game in local multiplayer. Using online services such as Parsec, it is also possible to play with a friend online.

Playable in English and French.

This game requires Java in order to run.

If you already have the correct Java version (1.7 or above), download the first .zip file. Simply double click the .jar file to launch it on most operating systems.

If you do not have the correct Java version or do not wish to install it, you can download the second .zip file which contains an .exe that allows you to play the game on Windows using a JRE included in the download.

A game manual with a quick tutorial on how to play is also available in both English and French.

We appreciate any bit of support or donations!

Reply
lilo and itch1 year ago

I dunno if anyone has asked you this but will you submit this game to steam?

No, this will stay on itch.io 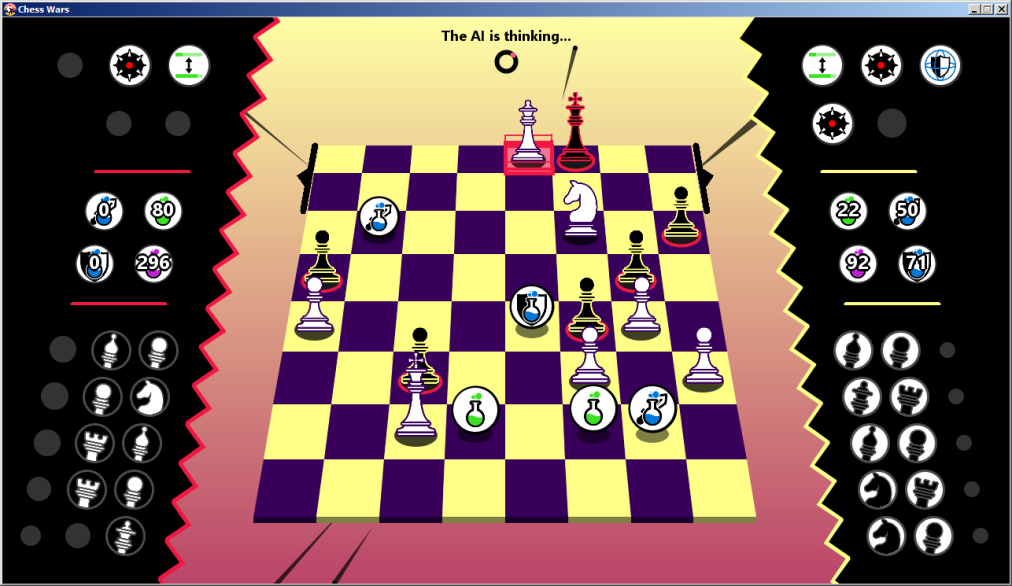 It looks like I've encountered an issue. The AI never made a move from this position and I had to close the game. It's basically checkmate anyhow, though.

Pretty solid idea regardless. I'll play around with it a little more.

Yeah So I lost my queen to a pawn, everything is fine

So I check mate the enemy and it stuck at AI is thinking is this a bug ?

Oof, yes that is a mysterious bug... The only way around it is to close and restart the game, it should resume normally from there.

This is amazing. The amount of polish is insane! What was it made with? I assume it was with a framework... but I'm not half good enough at decompiling to find out myself. Do you mind divulging me?

Well, it was made with... drumroll... no framework at all! It's all in native Swing. To be honest, we didn't even use an IDE for most of the development cycle. The tools were very modest given that it was just meant to be a little school project. I might write an extensive devlog about the technical details of how the graphics were made sometime, if enough people are interested!

damn bro okay. I know that some people don't use IDE's but ive never seen something actuly made without. I would love to see a devlog if it comes out!

Are you like joking? Java and native Swing? I thought that this was made with the libGDX or JavaFX at least. Anyway, this is extremely well done. How much time did you spend on this project?

The school project spanned over 9 weeks, but it was secondary as we were busy with full time classes and other more important projects / exams, so we mostly worked on it in the evenings or during vacation. I was personally extra-invested into it, so I tracked my hours of work during that time and have 200 hours on record.

After that, I took some extra time during summer vacation to add sound effects and implement some scrapped features, but I was very inconsistent and scattered in my work (+ didn't use a tracker) so I wouldn't know how to estimate the actual amount of time that took :> 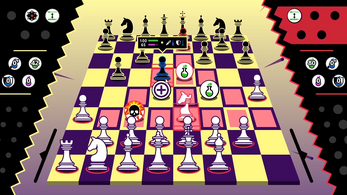 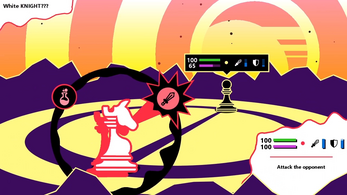 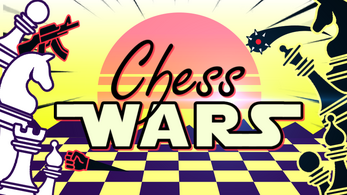